We start with Senegalese performer Youssou N'Dour, who opened the Muslim Voices: Arts & Ideas on June 6, 2009 at BAM with a special performance.

In this video, shot in the run-up to the festival opening, N'Dour explains what Muslim Voices: Arts & Ideas means to him and why he participated in this rare festival.

Author Reza Aslan, whose most recent book How to Win a Cosmic War was released in April 2009, appeared in conversation with Asia Society president Vishakha Desai. For complete footage of the exchange, please see this link to the Asia Society's coverage.

In the audio clip below, renowned Moroccan oud player and percussionist Brahim Fribgane describes his love of sound, his life of music and the broader significance of Muslim Voices: Arts & Ideas.

Kamilya Jubran: a powerful voice from a disputed land.

Sardono Kusumo: A Vision for Dance and Social Justice.

In the audio clip below, BAMcafe musician Mubashir “Din” Mohi-ud-Din, lead singer of zerobridge, speaks about his influences, the impact of his Kashmiri roots on the band and what the group is striving to say with their infectious music:

Iranian visual artist and filmmaker Shirin Neshat on the goals of her work, and the legacy of her formidable predecessor Forugh Farrokhzad.

Actor Naseeruddin Shah, star of Dastangoi, on what the art form means and why it has endured. 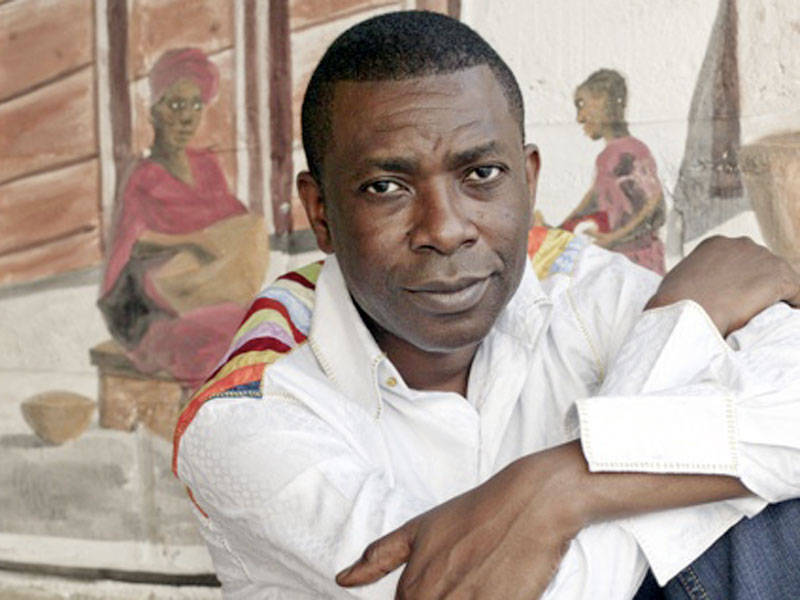 In this short interview, shot just before the opening of Muslim Voices: Arts & Ideas, Senegalese world music giant Youssou N'Dour explains what this festival means to him personally and what he hopes to communicate with his participation.