From Indonesia, a Vision for Dance and Social Justice

In His Own Words: Sardono Reflects on Diponegoro.

Sardono Kusumo, who like many Indonesians is known by his first name, is one of Indonesia’s most prominent dancers and choreographers. Born in Solo, in the south of Indonesia’s island of Java, Sardono studied classical Javanese dance in his youth. A major performer and choreographer, the artist is also became well known for his social activism and as a leader of the Indonesian arts community.

Sardono stands at the intersection of contemporary and traditional dance, reinterpreting classical Javanese techniques together with modern forms. The choreographer and activist made his overseas debut as a young dancer representing Indonesia at the World's Fair in New York City in 1964. Upon return to Indonesia, he took the stage in the first performances of the Ramayana, held at Prambanan, the largest Hindu temple compound in Central Java, now a largely Muslim section of Indonesia. Sardono went on to create seminal pieces together with different ethnic groups in Indonesia, while also working to support environmental causes across the archipelago.

In his piece Diponegoro, performed as part of Muslim Voices: Arts & Ideas, Sardono brings to life the story of a man who lived, as Diponegoro scholar Peter Carey has termed it, “at a critical phase in the history of the world, a turning point for the future of Indonesia.” Diponegoro was born into Java’s royal lineage and spent his first seven years in the royal kraton or court of Jogyakarta. But the young prince was also well exposed to the life of the common worker and the farmer and, raised by his grandmother, he was taught to be a pious Muslim. Notions of justice, a central theme in Islam, particularly resonated with Diponegoro and he soon felt compelled by God to overcome the Dutch colonial forces that ruled Indonesia. Bridging the worlds of royalty and the commoners, together with his background in both traditional and local forms of Islam, Diponegoro became a leader in the Java War of 1825-1830. In 1830, at the time of his defeat, Diponegoro negotiated a truce with Dutch colonial forces but was soon exiled to Makassar.

The rebel leader is regarded as an Indonesian national hero, his story famously captured by one of Indonesia’s most renowned painters, Raden Saleh, a contemporary of Diponegoro’s. Saleh's painting, The Arrest of Prince Diponegoro (1857) depicts the betrayal and capture of the prince. In the painting, Saleh is said to have presented the Dutch colonizers as pompous but uneasy, while the Indonesians featured in the painting appear balanced and more natural. Saleh may have placed himself as one of the Javanese figures in the painting.

The Arrest of Prince Diponegoro comprises an important backdrop to Sardono’s dance theatre piece, where the choreographer has reproduced a large scale version as a scrim through which the dancers are seen performing either in front of or behind the image, creating a powerful palimpsest of one of Indonesia’s most enduring scenes.

Indonesia is home to the world's largest Muslim population. With Diponegoro, Sardono represents Muslim voices past and present, as well as those from diverse parts of the world.

In the video clip to the right, Sardono discusses his influences, what Diponegoro means to him and the broader importance of Muslim Voices: Arts & Ideas. 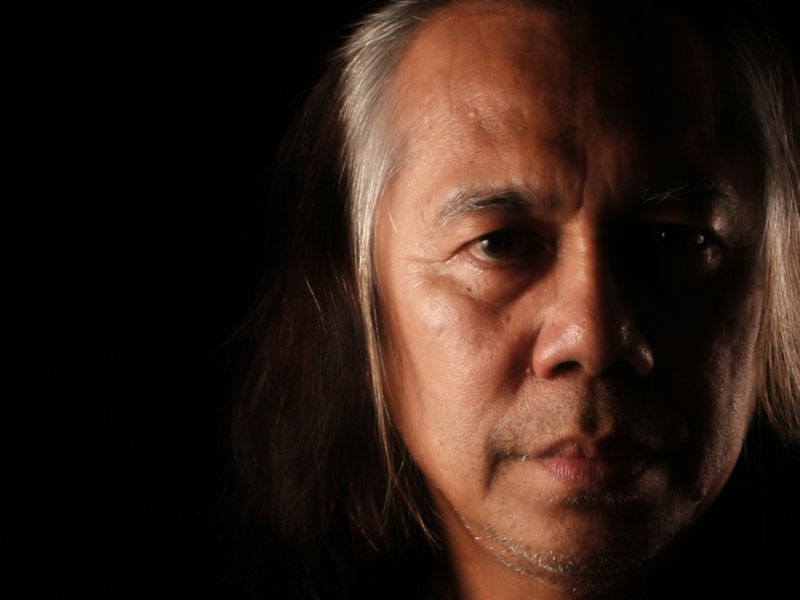 The landmark Indonesian choreographer explains the significance of Diponegoro, who played a defining role in the struggle against the Dutch and whose story forms the backbone of Sardono's breakout piece, Diponegoro, performed as part of Muslim Voices: Arts & Ideas.