In this section, we take a closer look at the broader significance of Muslim Voices: Arts & Ideas. For an overview of the goals of the festival, the conference and the context in which this project has been conceived, please see Bridging the Divide Between the United States and the Muslim World Through Arts and Ideas: Possibilities and Limitations, with introduction by Professor Mustapha Tlili, Founder and Director of the NYU Center for Dialogues, and content by Richard Bulliet, Professor of History, Columbia University.

For a closer look at the important role the arts can play in fostering improved relations, we provide an essay by Mahnaz Anwar Fancy, Art and the Islamic World: Toward a Deeper Understanding. Fancy, the Director of Development for the Alliance of Civilizations Media Fund examines the arts as a catalyst for cultural diplomacy, focusing on the critical role new technologies are playing to help spread diverse art forms.

We also present Mightier Than the Sword: Arts and Culture in the U.S.-Muslim World Relationship. The 2008 paper was written by Cynthia Schneider and Kristina Nelson. Schneider is the leader of the Arts and Culture Initiative of the Saban Center for Middle East Policy and a professor of diplomacy and culture at Georgetown University. Nelson is the author of The Art of Reciting the Qur'an. Their paper examines the nature and scope of artistic and cultural interactions between the United States and the Muslim world today, suggesting directions for future support and initiatives.

Finally, we present the text of US President Barack Obama's June 4 2009 speech delivered in Cairo, Egypt, in which the President reached out to the Muslim world and called for "a new beginning".

"Islamic culture has given us majestic arches and soaring spires; timeless poetry and cherished music; elegant calligraphy and places of peaceful contemplation," Obama said. "And throughout history, Islam has demonstrated through words and deeds the possibilities of religious tolerance and racial equality."

Most recently, Asia Society launched its report Making a Difference Through the Arts: Strengthening America’s Links with Asian Muslim Communities. This report was conceived as an effort to stimulate new thinking and to identify extant resources that can enhance connectivity between the United States and Muslim communities in Asia. 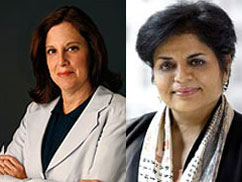