Fawzia Afzal-Khan
Fawzia Afzal-Khan is a professor of English at Montclair State University, New Jersey. Her most recent books include "A Critical Stage: The Role of Secular Alternative Theatre in Pakistan" and the best-selling edited collection, "Shattering the Stereotypes: Muslim Women Speak Out". Her memoir, "Growing Up With Girlfriends Pakistani-Style", will be published by Syracuse University Press in spring 2010. Afzal-Khan is the author of many articles on Pakistani Politics and Islamization published regularly in Counterpunch, and speaks regularly at national and international conferences.

Afzal-Khan is a trained vocalist in the North Indian Classical tradition, and also performs fusion with jazz musicians, while writing poetry and performing with the experimental theater collective Compagnie Faim de Siecle. Afzal-Khan is a Contributing Editor to The Drama Review and is guest editing a special issue on Pakistani politics and performance.

Nihan Devecioglu
Nihan Devecioglu is from Istanbul, Turkey, and is a trained concert and opera singer. She sings both Eastern and Western style music and is involved with different techniques and modes of vocal improvisation.

Devecioglu received her bachelor’s degree in communications from Bilgi University and her master’s degree in music management from Istanbul Technical University. Since 2003, Devecioglu has studied Western classical singing with Gudrun Volkert and Hannelore Leiffolts of the University Mozarteum in Salzburg, Austria. Nihan has also explored alternative vocal techniques through intensive studies in improvisation with Lisa Sokolov (New York) and the Turkish Sufi musical repertoire with Muhammed Egbhal (Salzburg).

Remi Kanazi
Remi Kanazi is a Palestinian-American poet and writer based in New York City. He is the editor of the recently released "Poets For Palestine", a collection of poetry, spoken word, hip hop, and art. His political commentary has been featured in print and online media worldwide. He is also a frequent guest on various radio and television stations, including Al Jazeera English, BBC radio, GRITTv with Laura Flanders, and WBAI.

The Human Orchestra has performed across Africa, Japan, Europe, and throughout the United States. He has developed a worldwide fan base, captivating thousands and sharing the stage with musical acts that include Public Enemy, Mindless Self Indulgence, Matisyahu, Squarepusher, The X-ecutioners, Regina Bell, The Gap Band, Maxwell, Angie Stone, Stevie Wonder, Vernon Reid, and Take 6, just to name a few.

In addition to his work with Hip Hop, R&B, and Jazz artists, Muhammad has performed with the New York Symphony Orchestra (conducted by David Eaton), and The King Sey Jung Hall in Seoul Korea with violinist Eugene Park. 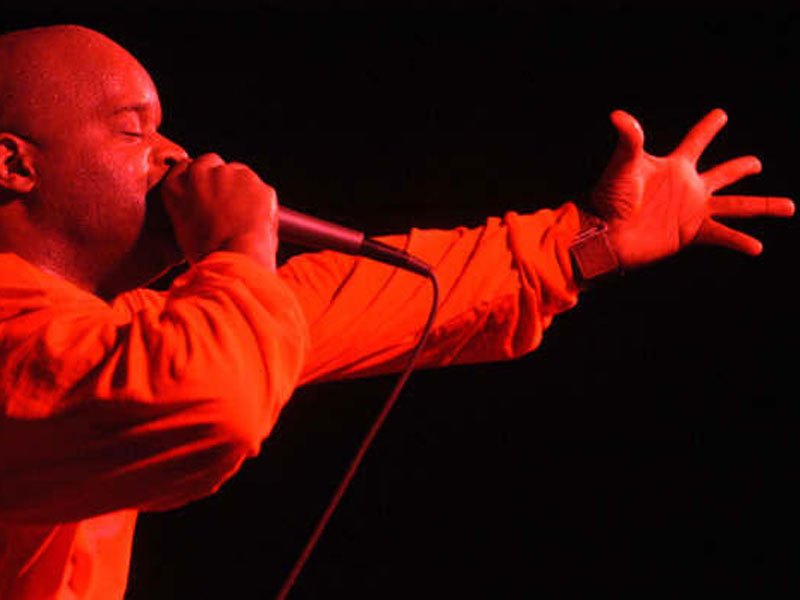 In this exclusive footage, Adam Matta and Kenny Muhammad The Human Orchestra give a sample of their beatbox mastery, and a taste of what lies ahead for their performance as part of Muslim Voices at BAMcafe, Saturday June 13th at 9:30 pm.